# Management of the company

Every company has some specific details: name, currency used, timezone.

OfficeLife lets you customize some aspects of your company, without giving too many settings to play with. We believe that settings should be avoided as much as possible. But some things should be configurable.

Your company’s name is saved when you first create your company’s account. However, you can always change it as much as you want – although we suspect you won’t have to change the name that often. 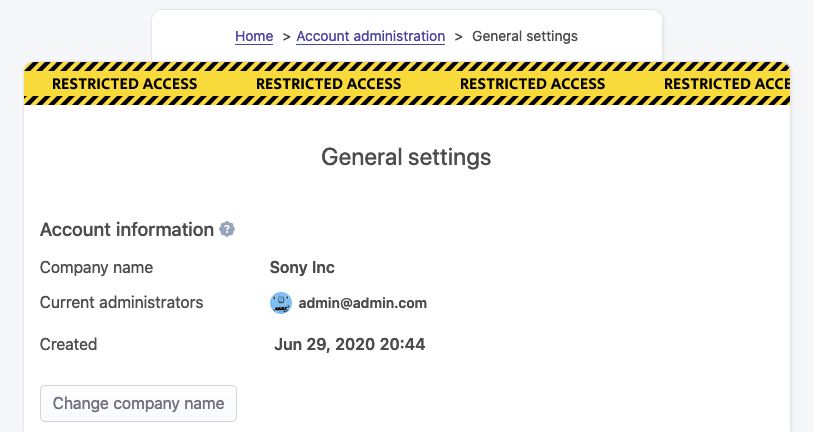 That being said, updating the name is really easy. Click on the Rename button and choose a new name. The name will be instantly changed everywhere in the software and all documents that you can export.

There are several ways for employees to be invited to your account:

But there is another way! It’s possible to give a code to your employees, and your employees can use this code themselves so they can join your company once they’ve created an account. 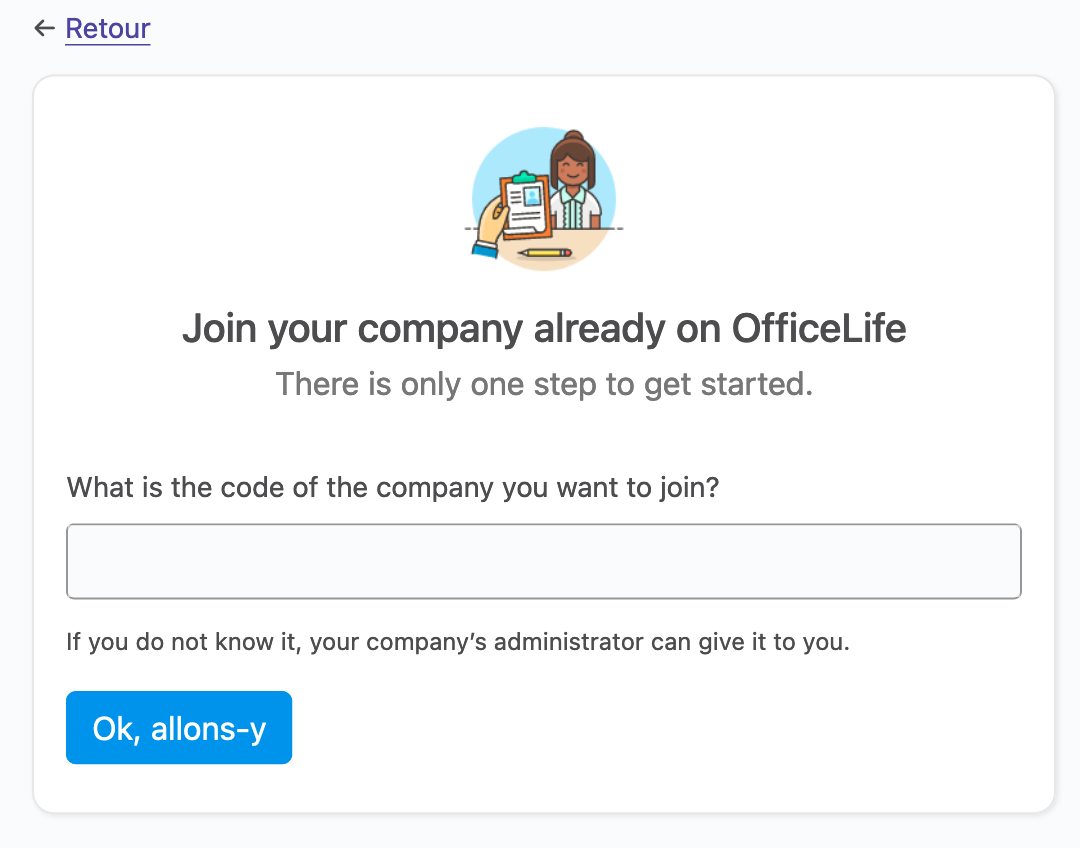 The code is unique per company, and hard enough to guess so your privacy is protected. We might add additional checks in the future to prevent abusing this system.

Every company needs to deal with money at some point. Money is represented by a currency. In OfficeLife, at the moment, a company can only have one active currency.

Currencies in OfficeLife strictly follow the ISO 4217 (opens new window) specification, meaning that they are defined by a three letters code. Thus, Euro is EUR, US dollars is USD and so on.

Current features that use the concept of company currency:

By default, when you create your OfficeLife account, your account is assigned a default currency automatically: USD, or US dollars. You can change this in Adminland.

Go to Adminland section, under general, and indicate which currency is the default in your company.

A company can express its identity through its visual identity. When the company logo is set, it will appear on the Company's dashboard under the Company tab.

To upload or change the logo of the company, go to Adminland > General, and simply click on the Logo at the bottom of the page.

The company's date of creation is displayed on the Company tab in your account. It’s a nice detail so everyone knows how resilient the company is (or young, in that case). You can change this date in Adminland.

Go to Adminland section, under general, and indicate when the company has been created.

The main location of the company is displayed on the Jobs public page, accessible from Internet, from anyone to see. The location is a free text field, and we advise to put the city and the country in this field.

To indicate the company's location, go to Adminland section, under General, and search for the Company location section.

OfficeLife’s business model is based on the number of active employees in your account for any given month.

At the end of each month, OfficeLife will check the highest number of active employees in your account that happened during the month, and will consider this value to be the basis of your billing.

In Adminland, you can find what happened during each month and see why we decided to bill you this amount based on the number of active employees. Below is an example of the invoice section. 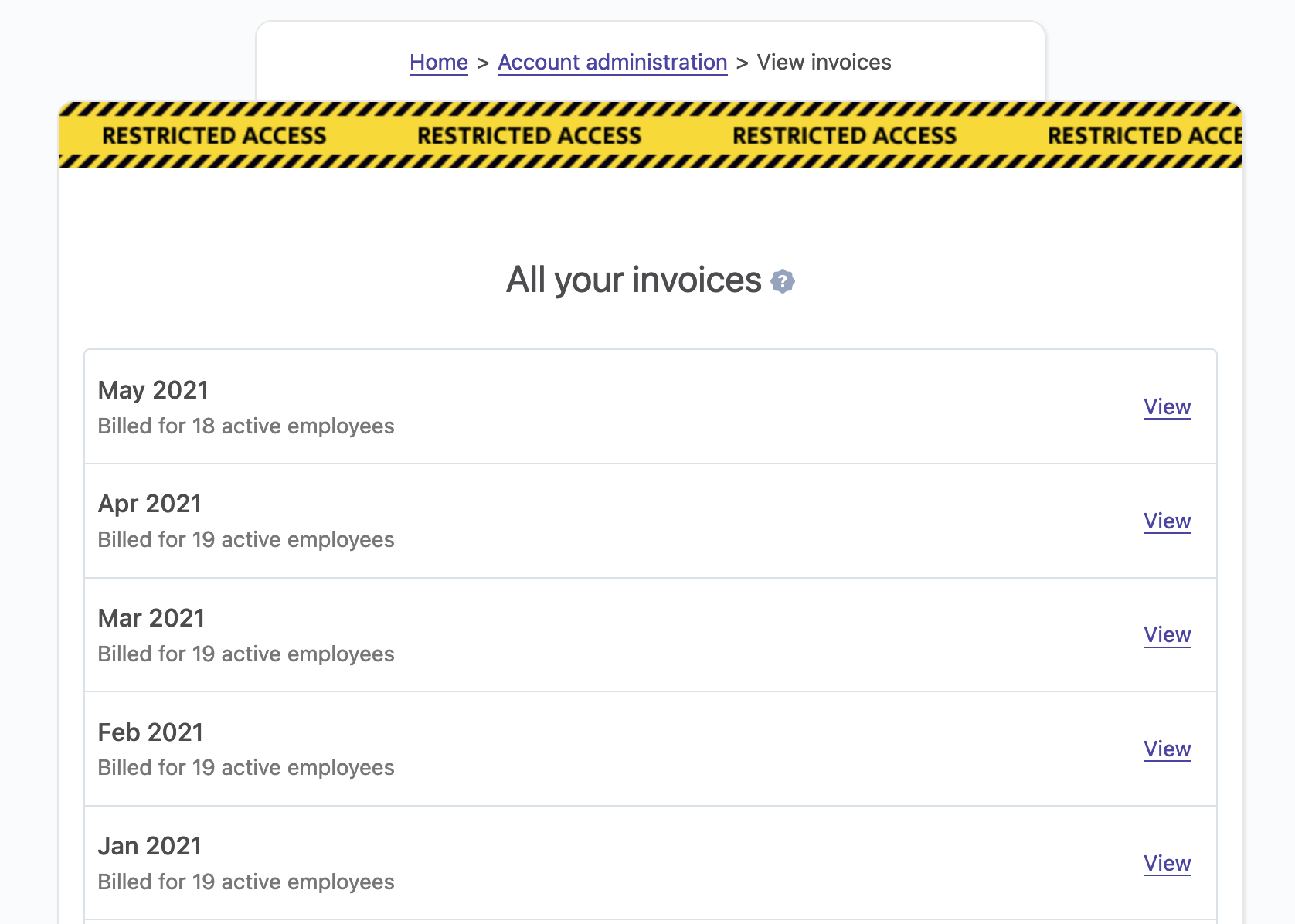 Then, if you click on a given month, you will find the details of the billing. 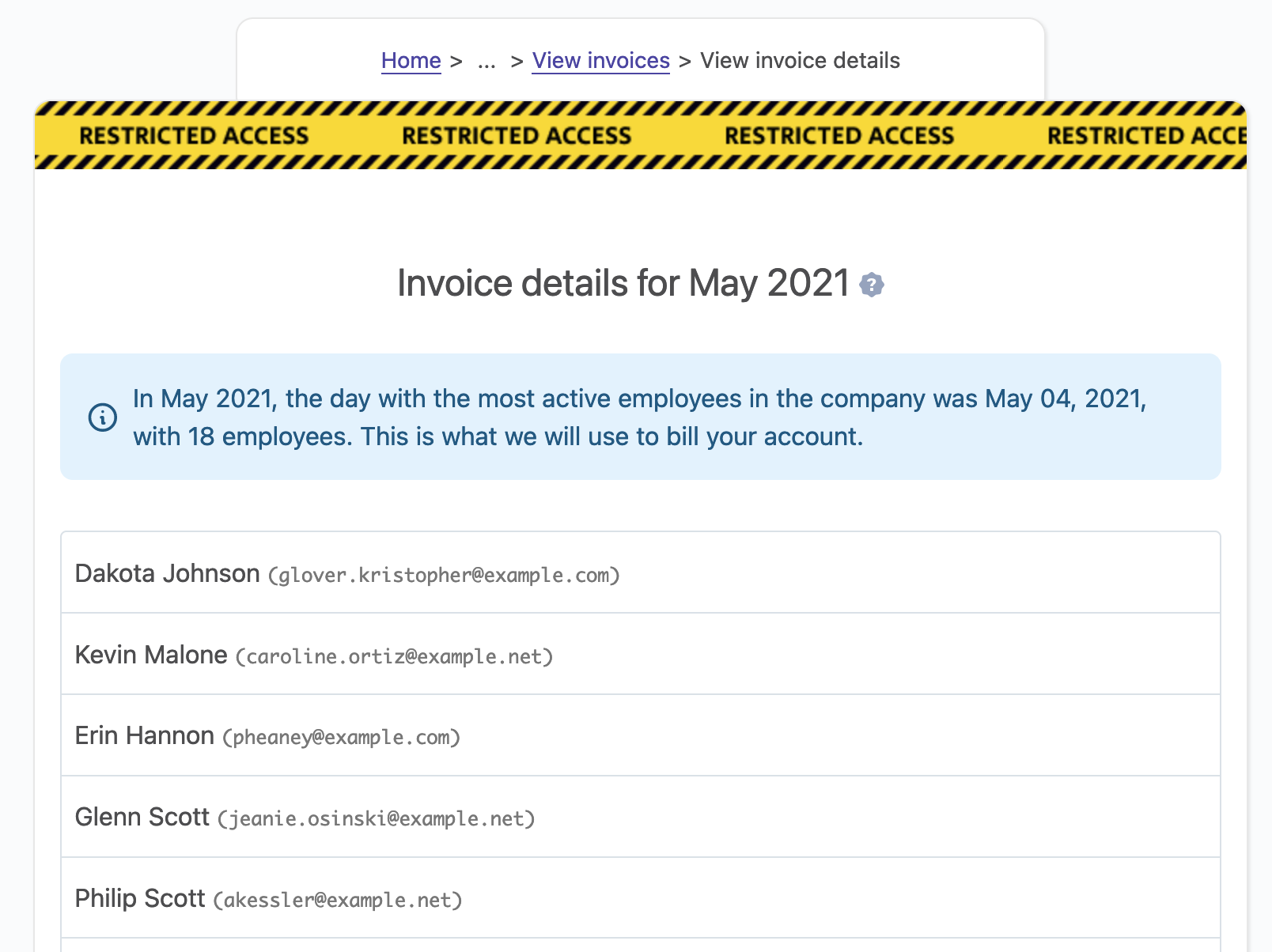 You are in complete control of your data. You can cancel the company’s account at anytime.

Keep in mind, though, that cancelling the company’s account means